The A3 Foundation with support from the Rockefeller Foundation has flagged off yet another free IT Essentials training for high potential but disadvantaged youths in Bauchi State.
The youths were also selected through a transparent online registration portal which filtered qualified candidates who were later screened in person by A3 Foundation staff.
The Governor of Bauchi State, Governor Mohammed Abubakar, who flagged off the training stated that securing jobs for youths in the country is a serious challenge which must be addressed as the youths are the greatest assets of the nation.
"The survival and greatness of every society depends on how best it educates its youths and channel their potentials to productive endeavors," Gov Abubakar disclosed.
He further stated that as part of the agenda of his administration to ensure job creation, he has approved the release of funds for the engagement of 4000 youths in partnership with the World Bank under the Youth Employment and Social Support Operation (YESSO) Scheme.
"We strongly believe that for the government to eliminate poverty, we must engage the population in productive activities, hence the reason why we resolved to pursue vigorously the path of industrialization which holds the key to engaging the population in Bauchi State in gainful employment," he added.
The Governor appreciated the Foundation for giving Bauchi state the rare opportunity and promised to support each trainee with N800 daily to encourage full participation in the programme.
The Founder A3 Foundation, Amb Dr Aisha Audu-Emeje commended the governor for strategies put in place to check the rise of unemployment in the state. Amb Audu-Emeje stated that the aim of the training was job creation which would in turn boost development in the country.
She reiterated the Foundation's commitment to the plight of the Nigerian youth and its determination to join the fight against unemployment by promoting capacity building among youth, building a generation of job creators as well as creating an equal playing field that allows high potential but disadvantaged youth secure jobs in competitive environment within the next 12 months.
According to Amb. Dr Aisha Audu-Emeje, "there is an urgent need to equip our youth with skill sets that allows them adapt quickly in the new age of digital economy.” 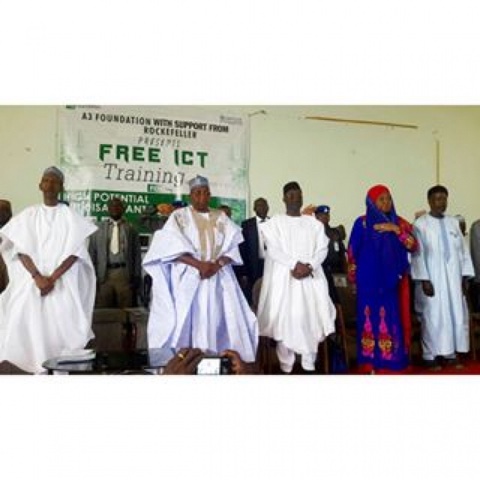 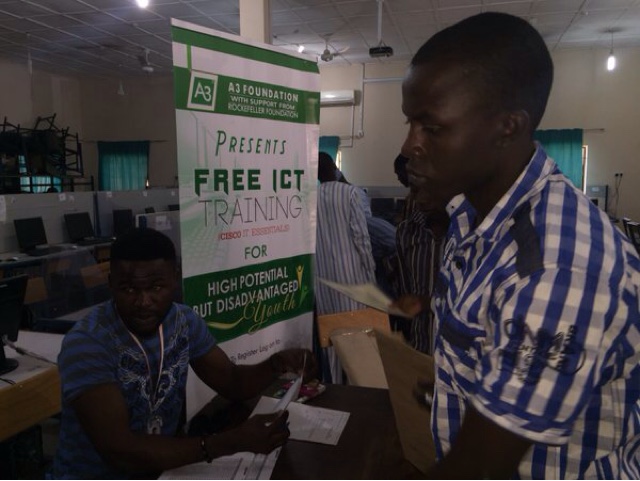 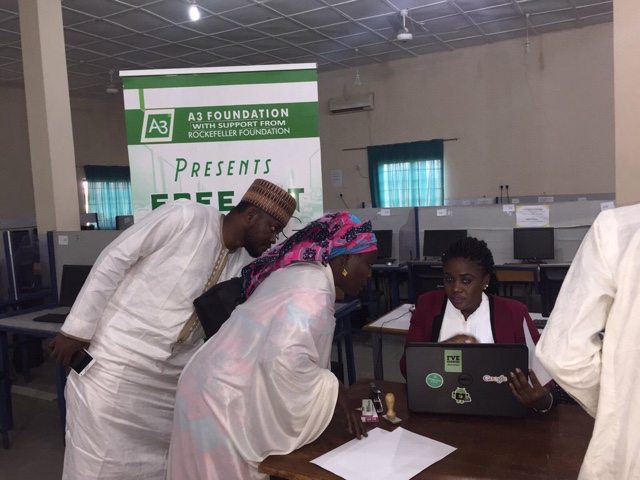